If you’re still using Gene6 FTP Server then you’re already aware that the developer has gone MIA. Nonetheless, as it stands, it still reigns as the best of its kind. Since there’s no way to know if the developer will ever be back or if the site could suddenly go offline, I decided to mirror the installation files as well as update the last known release to ensure its compatibility with Windows Server 2012 and later. Hopefully this will help those of us who have valid licences and still use this awesome, albeit dead, FTP server.

Getting Gene6 FTP Server to work on Windows Server 2012 and later is done in four steps.

1) Install Gene6 FTP Server using the original 3.10.0.2 setup file, found on the developer’s website or mirrored by me.

2) Start the G6FTP Server Administrator, add your license, and stop the server. 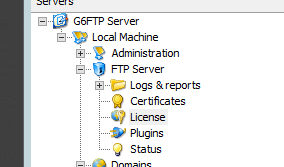 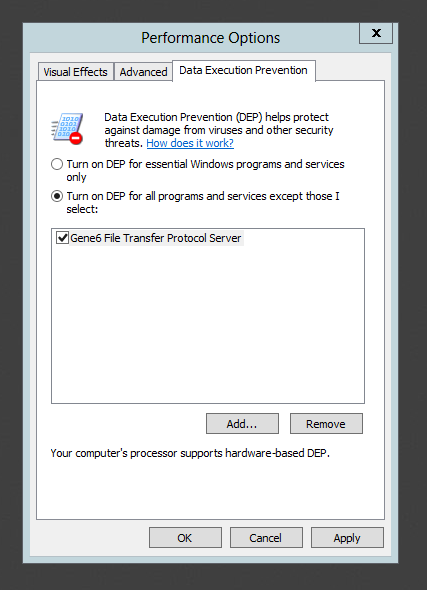 4) Overwrite the files “G6FTPServer.exe”, “libeay32.dll”, and “libssl32.dll”, with the ones found inside Gene3.10.0.15WithOpenSSL1.0.2r. The zipped archive contains the executable found from the last known update, which was 3.10.0.15. I replaced the OpenSSL DLLs with the ones from version 1.0.2r since the ones included in the zipped archive by the original developer are not compatible with Windows Server 2012 or later.